What is Babesia infection?

Babesia infection or babesiosis refers to a tick-borne infection due to a protozoal parasite. Babesia invades mammalian red blood cells causing anemia. Babesia species are found worldwide, although in North America, most canine cases of babesiosis occur in the southern United States. Babesiosis is considered a serious threat to racing greyhounds and pit bull terriers.

How does a dog contract babesiosis?

Babesiosis is primarily spread through the bite of an infected tick (multiple tick species can carry the disease). There is also evidence that some direct animal-to-animal transmission may occur, such as when an infected dog with oral lesions or abrasions bites another dog. This is particularly true for Babesia gibsoni, which primarily affects pit bull terriers. Recent studies show that Babesia may be transmitted transplacentally (to unborn puppies in the uterus of their mothers). Dogs may also be inadvertently infected through tainted blood transfusion. Dogs housed in kennel settings with poor tick control are at a higher risk for developing babesiosis.

What are the clinical signs of babesiosis?

Dogs infected with babesiosis may present with a wide variety of clinical signs ranging in severity from a sudden collapse with systemic shock, to a hemolytic crisis (the body attacks and destroys the red blood cells called hemolysis), to a subtle and slowly progressing infection with no apparent clinical signs. 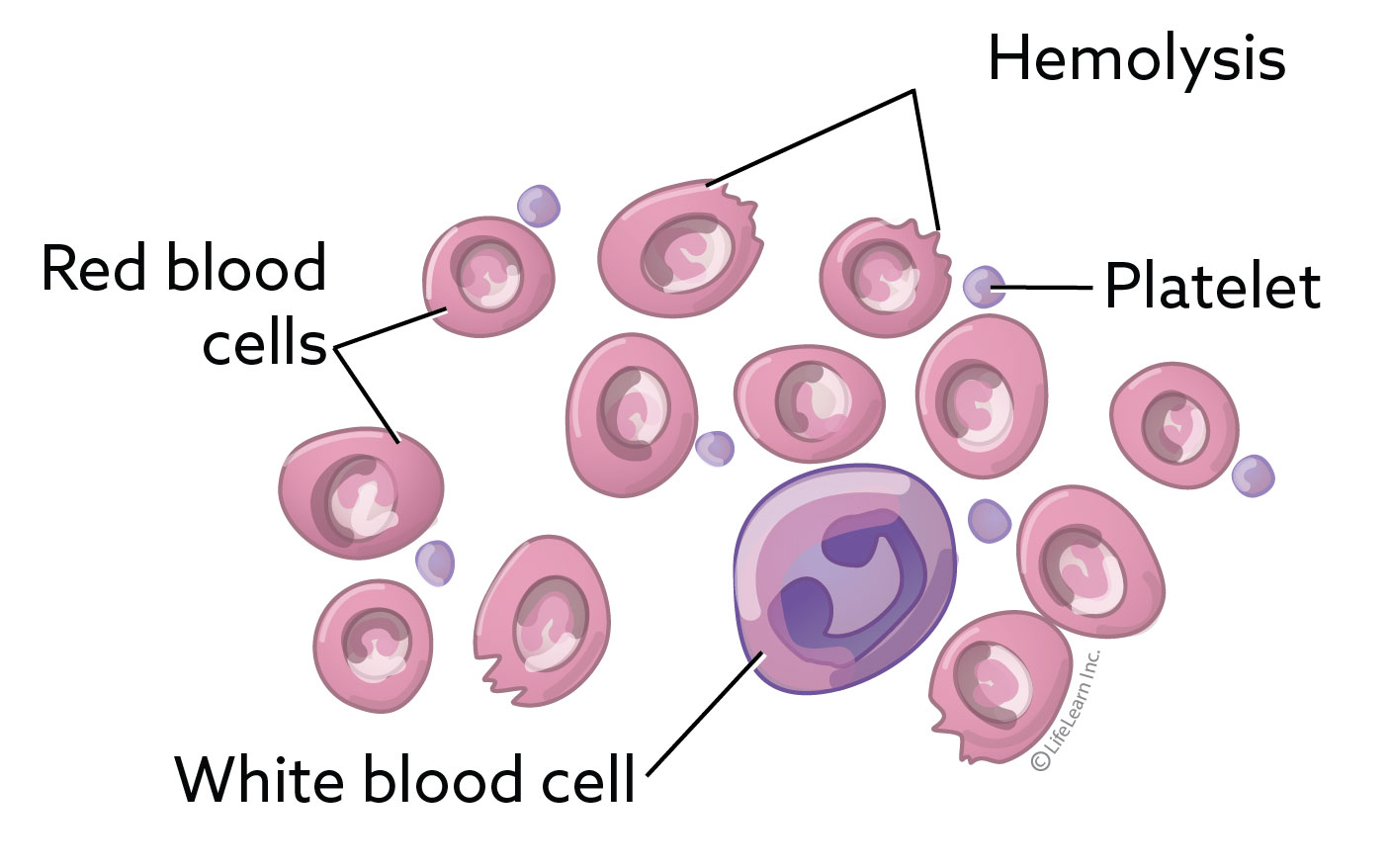 Dogs typically present with the acute, severe form of babesiosis, which is characterized by findings such as abnormally dark urine, fever, weakness, pale mucous membranes, depression, swollen lymph nodes, and an enlarged spleen. Blood and urine tests may reveal anemia, thrombocytopenia (low platelets), hypoalbuminemia (low albumin, a blood protein), and bilirubinuria (a pigment from breaking down red blood cells is found in the urine).

How is babesiosis diagnosed?

In the past, babesiosis was diagnosed by seeing the parasite on a blood smear.

Other diagnostic tests are becoming more readily available, including FA (fluorescent antibody) staining of the organism and ELISA (enzyme-linked immunosorbent assay) tests. A PCR (polymerase chain reaction) test is also available and is commonly used to diagnose babesiosis. The PCR test has the advantage in that it can detect all four species of Babesia.

Serologic or antibody titer testing in the diagnosis of babesiosis has limitations. A positive test result is dependent on an antibody response by the infected dog, which may take up to ten days to develop. Once a dog has developed antibodies to babesiosis, they may persist for years and this must be considered when performing follow-up tests.

How is babesiosis treated?

The FDA approved treatment for babesiosis is imidocarb diproprionate. A combination therapy of quinine, azithromycin, atovaquone, and/or clindamycin is being researched and may become more common to treat dogs with in the US or Canada in the future.

Clindamycin, the treatment of choice for Babesia microti, the main Babesia species that infects humans, can also be used against Babesia in dogs. Clindamycin is a readily available antibiotic and is an excellent starting point for treatment in many dogs. Your veterinarian will discuss any alternative and adjunctive treatments with you.

What is the prognosis for a dog diagnosed with babesiosis?

The prognosis for a dog diagnosed with babesiosis is guarded depending on what body systems are affected at the time of diagnosis. Owners should be aware that dogs that have survived babesiosis often remain sub-clinically infected. These dogs may suffer a relapse of disease in the future or may serve as a source for the further spread of disease in a given area. Dogs that have recovered from babesiosis should never be used as donors for blood transfusions because the recipients may develop the disease.

"The prognosis for a dog diagnosed with babesiosis is guarded. Owners should be aware that dogs that have survived babesiosis often remain sub-clinically infected."

Currently, an effective vaccine is not commercially available to protect dogs against babesiosis.

Can humans get babesiosis?

Yes, humans can develop babesiosis. The most common species infecting humans is Babesia microti which is transmitted by the deer or black-legged tick. New species of Babesia have also been identified in humans in California, Washington, and Missouri.

© Copyright 2018 LifeLearn Inc. Used and/or modified with permission under license.